Home>Blog Top > Point of View > Music as a Time Journey 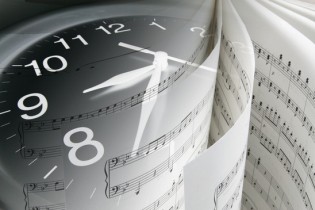 I decided to post my blog in English in addition to my Japanese blog called “Findings,” which has been active for almost a decade. While Findings mainly handles my daily life and favorites in general, this blog will be focused more on specific themes and issues about music, from the viewpoint of a music composer or a person who is involved in the music business.

Having said that, I wouldn’t get into very technical subjects such as about music software or sound engineering because you can find many other knowledge-based articles out there. Instead, I’d like to stick to more conceptual and storytelling sides of music, i.e. music as a “time journey” or “time-based art.” This is also the reason why I love to make both dance music as a DJ (who I think is a “story-teller on the floor”) and music for motion pictures (including advertising films). I hate to come off as grandiose, but what I love most about making music is “to compose time” with sound.

My latest project Dark Model was born to feature the storytelling nature of music more. When you listen to tracks of Dark Model below, you might easily connect these musical pieces with some visual elements and stories as seen in action and fantasy movies. Actually, some of them have already been licensed and used for advertising films. However, I hope you consider the music of Dark Model as what stands on its own and speaks for itself (like pop music does), not as a subordinate to specific pre-existing visual elements or motion pictures.

From the standpoint of music listeners, we have freedom to interpret the music you’re listening to and create your own musical story. Hopefully, you will immerse yourself in the musical world of Dark Model and take a ride on your own “time journey.”

What is equivalent to “Visualize” for music?