Home>Blog Top > Point of View > What is equivalent to “Visualize” for music? 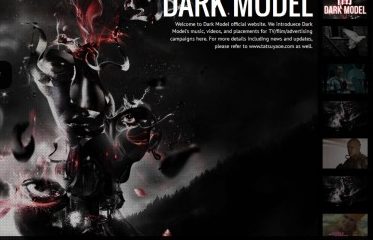 I launched several pages for Dark Model such as Facebook, SoundCloud, and Youtube. Not a full-fledged start yet as these tracks haven’t been commercially released, but through them, you will be able to grasp roughly what kind of music and what I aim at under this moniker.

What Dark Model aims at

Dark Model is focused on edgy, epic, and futuristic instrumental music. You could find musical similarities with soundtrack music such as being used on Action/Adventure, Sci-fi/Fantasy, or Horror/Suspense Movies and Trailers. However, what I would like to achieve under this moniker is not to make “score” or “soundtrack” written as a bed for some specific movies, but to create music which stands on its own (like pop music does) and tells “musical narratives.” I think Dark Model’s music should autonomously/independently arouse your emotion and imagination even without visual elements, hopefully like the way you feel when seeing movies. Actually, this concept was realized at Captain Funk’s 2000 release “Songs of the Siren,” but the music of Dark Model would be more obvious.

Is the word “compose” enough?

I’ve always been wondering why there isn’t a verb precisely equivalent to “visualize” for music or sound. What we composers do is to focus on or extract some abstract elements such as emotions, feelings, minds, or atmosphere, and to embody them in the style of audible expression in chronological order. That does not apply to the realm of composition but also that of sound engineering & sound design. So, it seems to me just a word “compose” would fall short of expressing what is equivalent to “visualize.”

(I’ve found an intriguing article about this.- ““Visualized” equivalent adjective for audio“)

What great composers do

Also, from another point of view, sometimes I feel a word “composition” is too insufficient to express what we actually and totally do. Aside from what I do, for example, what great classical composers (especially opera, such as Wagner) and musical composers (such as Stephen Sondheim) have done is “dramatization of a story (whether it is verbal or not) centering around music.” And that seems much more than “composition” (in a general way) or “songwriting.”

You could say what they have done is equal to, or even more than what great film directors/producers have done in their masterpieces. I think they’ve made the most of a very autonomous and comprehensive virtue which music creation could originally have, which should be appreciated more. Their amazing works drive home to us that music is originally a “composite art” by itself.

In the current age of visual dominance (especially after Youtube era), I feel even we composers tend to forget this essential value or original “privilege” of music. We sometimes need to ask ourselves a re-question about this. Dark Model was born from such re-questioning of my own.

By using the case of Uniqlo Bodytech campaign in which I was involved, I explain "How to Find What to...