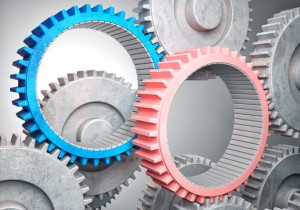 (This was reprinted and revised from the article I had written on Model Electronic blog, on Oct 4, 2011.)

Things you should know about sync before contacting us

Our staff sometimes get asked from overseas composers/artists about the possibilities of submitting their existing tracks to our music library in terms of music licensing. As written on the contact page, unfortunately, we don’t have a plan to accept them for the moment. While we’ve been exploring the possibilities of working relationship which makes both composers and us happy, it’s still on the way. There are several reasons for that, but the most important one is that there is a big difference about the way of handling synchronization (sync) licenses between Japan and other countries, especially the United States.
(Note: As of Sep 2013, Tatsuya and Model Electronic are not based in Japan anymore. So please don’t ask us questions about publishing and licensing deals in Japan.)

You can hardly expect up-front sync fees in Japan

First of all, regarding music licensing operated domestically and internally within Japan, it is almost impossible for both composers and publishers to earn money from sync licensing unless the publishers represent the publishing rights of the composers’ tracks directly and exclusively. Unlike the US, There is little room for middlemen or agencies such as non-exclusive licensing companies or re-titling publishers to come into the media and music industries in Japan.

While we still can have options of sub-publishing, becoming a sub-publisher only for sync licensing wouldn’t be so smart for both of us. That is because what you can expect to get would not be “up-front” fees generated per one placement but “back-end” royalties (unless you already have hit songs which are coveted by advertising agencies and TV directors). You would know how much patience is required for you to receive them and sometimes they even vanish away during long-term international operations.

I wouldn’t argue here which is better (actually both have pros and cons), but I’d like to explain closely why and how things are different. If you’re not familiar with the general or standard definition of several copyrights and royalties, I’d suggest you glance over Music Publishing Glossary by Songtrust and How Music Royalties Work on HowStuffWorks beforehand.

JASRAC, the leading copyright organization (what we usually call “PRO,” though not limited to “P”=Performance Rights in this case) in Japan, can cover and control a large portion of Synchronization rights in addition to Performing & Mechanical rights. This one-stop/centralized/comprehensive method of publishing administration is completely different from more divisional/individually-specified one in the US as written in the reference above. (Note: this is about DOMESTIC/INTERNAL publishing operation within Japan, NOT INTERNATIONAL/EXTERNAL Sync licensing outside Japan. For example, cases of sync license-OUT from Japan to the US are excluded).

While there are several other copyright organizations such as e-License or JRC (Japan Rights Clearance), most publishers in Japan have JASRAC administrate all these rights, so do I and my company at the moment. About ten years ago publishers became able to opt-in/out which rights they would leave to JASRAC and which rights they would administrate by themselves, but as far as I know, few publishers actually exercised this option.

I guess the reason is that, regarding DOMESTIC music licensing, there are not so many merits or motives if they choose self-administration and negotiate directly/independently with clients. Originally, very few of them eye the possibilities of international licensing positively, though I wouldn’t dwell on psychological analysis of their reluctance because it’s beyond my interest.

On the following post, I’ll elaborate how JASRAC interprets and covers these copyrights including Sync rights and how these rights actually work in the music/media industries.

DISCLAIMER (May 2017): We don’t have any affiliation with these conferences, organizations, and companies except JASRAC. Please don’t send us a request to connect you with any music industry professional in Japan, such as publishers, labels, and managers. We won’t respond to that kind of request. Also, please note that we are not based in Japan now. This post was written so that it could help you research on your own. Thanks for your understanding.

Differences in Sync Licensing between Japan and the US -Part 2-

How to Reach Out to Japanese Music Publishers: Music Business Conferences & Resources

Speaking of music used in commercial/advertising films, I feel that I come across excellent works featuring instrumental music or sound...