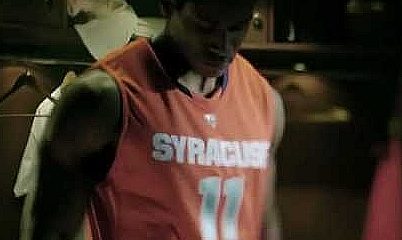 Speaking of music used in commercial/advertising films, I feel that I come across excellent works featuring instrumental music or sound design more frequently than so-called “songs.” Also as a composer and music licensor, I prefer using music without vocals and lyrics.

In the case of using songs, they would work well (sometimes perfectly) if they were written for their specific concepts. But it’s often difficult for agents and music supervisors to complete the job within a short turnaround, by spotting suitable musicians and making sure they complete high-quality songs along with appropriate lyrics.

A long ago, in the early TV era, there used to be many commercial songs where product/company names were repeatedly sung, but we who live in a modern age would be embarrassed if we encounter with such trite approaches.

Placing existing songs also sometimes works well, but it could cut two ways. While lyrics of the song could enhance or expand its world and story, they could bring some information redundancy and take attentions away from what they want to convey. Even worse, it just could end up with promoting the emerging band’s song or resurrecting the old hit song. Using songs on commercials tends to involve many “temptations,” which could be pitfalls from the perspective of their true goals.

In that regard, approaches of using sound design and instrumental music could be more simple to get straight to business. Although it’s still difficult to place/compose music which works in an effective and focused way, some excellent commercial works show us that it’s possible.

Today’s choice is “Nike Pro Combat” (sound design by Machine Head). This commercial film resonates with me because it is tightly focused and tied in terms of the relationship between its sound, motion, and message. While there’s no voice-over narration on the movie, obviously you could catch what they want to convey through this.

Imagine when you hear anthemic rock songs or epic orchestral music played in this movie. It might work and be even “entertaining,” but obviously it ought to lose this tightness and tension. This is solid.

How to Find What to Solve: Making Music in Advertising Projects -Introduction-
Music SupervisionSound Design