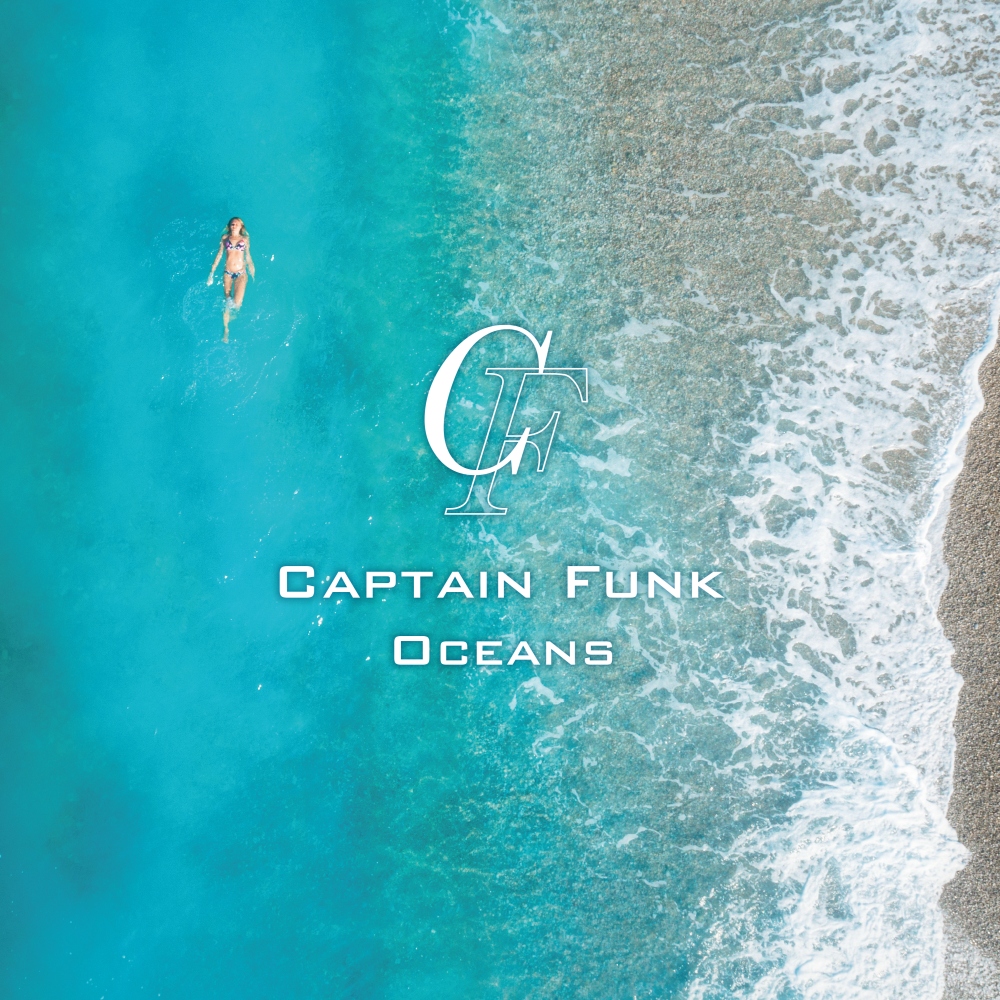 Tatsuya Oe, who has achieved much acclaim as Dark Model over the past five years, has now released his new album under his longest-standing moniker, Captain Funk. “Oceans” takes you on a breezy and uplifting voyage through 10 instrumental tracks in the style of futuristic funk, electronic jazz, and tropical dance music.

“Oceans,” the first fully-instrumental album under the moniker of Captain Funk, begins with the cinematic electro “Big Blue,” followed by “Running,” a brisk AOR/yacht rock-esque electro house track. “Pacific,” dramatic and upbeat disco funk and “Voyager,” a driving fusion/jazz-oriented track, are the highlights of the album. Laid-back synth funk tracks such as “Dolphins” and “Night Dive” will make a nice addition to the recent “future funk” scene. Chilling “Underwater” and smooth-jazzy “Rakuen” featuring nylon guitar sounds, which change the flow of the album, contribute to enriching the whole story. “Back to the Island,” the closing melodic house track featuring reggae-type (backbeat) synth riffs, lets us bask in the afterglow of summer.