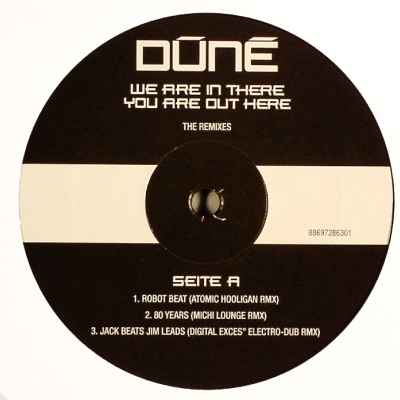 I was asked to remix this Danish band’s track by the then-A&R working for Sony BMG Germany, who was also a long-term friend of mine. I immediately liked their sound which could be described as “new-wave-punk-influenced electronic rock.” The original mix was impressive but a bit too uptempo for dance DJs to play in nightclubs. So, I slowed it down to BPM 140 and (daringly) replaced all the instruments except for the vocals. It was a lot of fun to perform and record bass, guitar, and keyboards in tune with Matthias’ vocals.

Hearing this remix brings me back to when I had a couple of meetings with them, including a music festival held in Berlin and a gig in Tokyo.

Captain Funk – Songs of the Siren

OE – Here and You