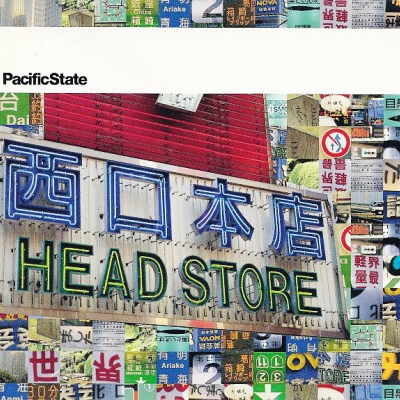 This double-CD compilation which was released in both UK and Japan includes music of emerging and established Japanese electronic artists. Oe opens the album with “The Warning,” an electro hip-hop track with a mysterious intro.

Samurai sonics from Japan’s cutting edge
KITSCH. Sweet. Kooky. Japanese music has been, for too long, characterised by its pink-frosted sugar-pop. Which is why ‘Pacific State’ is ground-breaking. For the first time, someone has sifted through to the golden nuggets from the new electronic scene(s) emanating from this pioneering techno nation. Right from the Kraftwerkian 21st Century electro of Tatsuya Oe’s ‘The Warning’ through to the ceremonial cerebral take on drum n’ bass from Dazzle-T & Quicky, the enormity of the talent is evident. Passing through Hoodrum’s lush, richly textured ‘Emotion,’ the ice-cool Tokyo techno of Takkyo Ishino, the acid-addled warp of Web’s ‘Creepy Crawley’ and, of course, well-known dope-hop master DJ Krush and minimalistic micro-tuner Ken Ishii, only confirms it.

Every DJ who goes to Japan these days comes back raving about the country’s techno scene, and this two-CD set of Japanese electronica attempts to show you why. It even­ comes with a little booklet giving you the lowdown on the different artists. The technoish CD one features some excellent moments – the irreverent electro of Tatsuya Oe’s ‘The Warning,’ groovy tech house from DJ Q Hey, and Subvoice’s furious ‘The Worker’ all holding their own alongside more famous names like Takkyu Ishino and Ken Ishii. CD two is more freeform with the futuristic lounge of Hoodrum’s ‘Emotion'(techno DJ Fumiya Tanaka in disguise) rubbing shoulders with fearsome techstep of Dazzle T and Quicky’s ‘Techattack.’