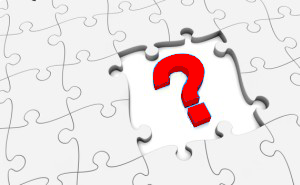 (This was reprinted from the article I had written on Model Electronic blog, on Nov 4, 2011.)

On this post, I’d like to explain “How to Find What to Solve” by referring to specific advertising reels in which I got involved. This time I would like to talk about a campaign by Japanese apparel company Uniqlo for promoting their sportswear brand “Body Tech.” What I did for this campaign could be considered as sound design work rather than music composition.

Fortunately, when I had the first meeting with the project team, the creative director gave me an almost-completed storyboard and a clear visual concept of the advertising film. That helped me to avoid a “shot in the dark” approach and to focus on thinking what I really should do.

At the early stage, we reached a conclusion that we shouldn’t embed a musical piece all through the film but place sound elements which are accurately synchronized to it. We thought that approach could add a sense of tension to the visual elements and help the target of the campaign (= those who get physical activity or jobs including athletes) to concentrate on the message they would like to convey. And hopefully, they would be appropriately interested in this product.

Level-1: Potential issues the client’s customers have (and could be solved by their product or service).

Level-2: Issues the client has intrinsically and extrinsically when they work on solving the Level-1.

Examples: from marketing issues such as branding, share, competitors, and distribution, to management ones such as resources and stockholders (IR).

Level-3: Issues the advertising project team (including client, agency, and creative team) has.

Examples: relationship with the client, budget, schedule, key person, politics (about not limited to the team itself but including the cast and his/her agency), and ulterior motives such as awards and tie-in promotion.

Level-4: Issues the creative team has.

Regarding this campaign, We hardly needed to consider Level-3 because the team (agency, creative team, etc.) had already got a great credit from the client. Also regarding Level-2, Uniqlo had already become the dominant brand in the apparel market in Japan, and almost all Japanese knew who they were and what kind of clothes they were selling.

Having said that, at that time most people still would regard Uniqlo as one of the typical, domestic companies of SPA (Specialty store retailer of Private label Apparel) and lump the company in with overseas brands such as GAP. While their customers appreciated its “high-quality and low-price” product line, they still didn’t have a deep understanding of its spirit of innovation or its progressive (or even sublime) vision. This product, however, was not an ordinary casual outfit but a highly-functional sportswear which had been strategically developed with the aid of sports scientists and professional athletes. So, we needed to close the perception gap. That was the Level2 issue.

Considering Level-2 more, competitors of this product is technically not (only) other SAP brands but sports brands such as Nike, Puma, Mizuno, Asics, Descente, etc. And of course, most of them had already developed their product lines by applying sports science (although there were no directly competitive products from these companies at the same timing).

So, what we should care at Level-2 was to avoid challenging a head-to-head fight with them and following their cliche in advertising. Rather, we should convey their message strategically by making the most of the client’s strength while being conscious of its existing/potential customers.

Fortunately, we already had a solid brand world/asset in advertising (i.e. tone & manner) accumulated through Uniqlo’s abundant past campaigns. It wasn’t difficult to extract the elements from the asset and capitalize them (by the way, the creative director of this campaign had been involved in Uniqlo’s brand building since the late 90’s).

What we did was to focus on creating a new perspective of “Sports Science” and adding freshness to Uniqlo’s existing brand world. We created a distinct, functional concept called “Motion, Beauty, and Comfort” newly, but also as an extension of their basic manner of communication.

From the reel, you can see it is different from advertising campaigns of the typical sports brands such as Nike in terms of how we articulate product “functions” and benefits. Our message is in contrast to their emotional and oftentimes motivational approaches (such as “Just Do It”), not to mention the difference from general apparel advertising campaigns. In this sense, this reel seems to be very sincere about coping with the issues Level-1.

How I Solved it with Sound

Let’s move on to the story about sound designing. As you already knew, there are four aspects in this reel regarding their message, i.e. three (Compression, Taping, Dry) for the product functions and benefits, and one for the main concept which is mentioned at the ending. What I had to consider were to have audience pay attention to each focus while creating a sizzling atmosphere/actual sensation which could grip the potential users, as well as to make this reel itself outstanding among a flood of advertising spots.

Speaking of “drawing attention with sound,” I think there are two methods of doing that:
1. putting a sound
2. putting a “silence” (or stopping a sequence).

While the method 1 works well by putting attack sounds, I prefer the method 2 because I believe it’s more practical to have the audience notice “something different.” The more sounds you add/pile up, the less impressive it tends to become as opposed to what you expect.

Especially regarding this reel, to draw attention to the product functions and message, I came up with a “play and pause” approach. The sound sequence consists of human breath & stopwatch (as symbols of exercise or physical activity) and an intake of breath & reverse EFX (as symbols of a pause or climax). Repeating this pattern three times enables the audience to grasp (and hopefully memorize) each function equivalently and in good order. I chose relatively edgy, solid, and dry sound elements except for the human breath, which was to enhance the concept of “Sports Science Wear” as well as to match the futuristic mood of the clip.

This “play and pause” method would be widely applicable to having the audience notice and emphasizing something important/different (i.e. message, attention, etc.). It would work even if you replaced this set of edgy sound with another one, along with the tone and manner your project.

How to Find What to Solve: Making Music in Advertising Projects -Introduction-

How to Find What to Solve: Making Music in Advertising Projects -Introduction-

When making music in advertising projects, just composing music to satisfy your director is not enough at all. Let's see...