Home>Blog Top > Advertising Music > How to Find What to Solve: Making Music in Advertising Projects -Introduction- 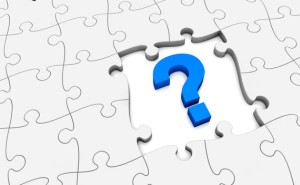 (This was reprinted from the article I had written on Model Electronic blog, on Oct 23, 2011.)

How to find what to solve. That’s what I most care about when I work on composition and sound design for advertising projects. Of course, there is a limit to how much music can contribute to one advertising work, and in some cases, you could just end up providing music to cater to what your immediate co-worker or superior (creative director, agency, or music supervisor, whatever) demands. However, as long as a goal of advertising campaigns is to solve the client’s marketing issues and it is inevitable for you to work in a team, just “composing a track so as to satisfy my director’s demand” seems to fulfill no more than half of what you really should accomplish.

Moreover, actual issues we face in advertising projects are not limited to marketing related issues between clients (e.g. sponsors) and their customers. From the standpoint of a person in charge of music and sound design, realistically, there seem much more issues around an advertising project as stated below.
(Note: This applies to the cases of custom music production, not sync licensing.)

Level-1: Potential issues the client’s customers have (and could be solved by their product or service).

Level-2: Issues the client has intrinsically and extrinsically when they work on solving the Level-1.

Examples: from marketing issues such as branding, share, competitors, and distribution, to management ones such as resources and stockholders (IR).

Level-3: Issues the advertising project team (including client, agency, and creative team) has.

Examples: relationship with the client, budget, schedule, key person, politics (about not limited to the team itself but including the cast and his/her agency), and ulterior motives such as awards and tie-in promotion.

Level-4: Issues the creative team has.

As a matter of course, your team’s final goal is to bring out solutions to the Level-1 issues. But way before reaching there, you will need to overview all these levels of issues, narrow them down, and decide what issues you should really pay attention to and focus on as a composer.

If you are not conscious of the issues

Perhaps you could find that there are a ton of lukewarm advertising campaigns that fail to get to the most important Issue Level-1. Some campaigns just solve the issues of the project team, and some even neglect to analyze who their customers are. It’s not difficult to come up with campaigns which are artistically “creative” enough to win ad awards but fail to reach an essential marketing solution.

If we see from the standpoint of music used in advertising campaigns, we often come across some unfortunate cases where the music and other elements don’t work together well for the message/target or negate each other’s effects. That might be because the composer couldn’t resist his director’s misplaced opinion or persistence (including so-called “Temp Love”), or he was too rushed off his feet to try some other possibilities. This is like an orchestra player who doesn’t see what his conductor and other players really do because of trying desperately to follow the score in front of him, or like an actor swayed by his assistant director’s whim.

Whenever you’re not sure if you’re doing things right, you should find and ask the suitable person (such as the director, the agent, or the supervisor) about it immediately. Also, make sure or discuss if you and other members are convinced enough to be able to share a common view about the issues. Some early or quick actions enable you to move forward in the right direction.

Otherwise, it will make it difficult for the campaign to resonate with the target unless a super-efficient project leader can exercise his full responsibility to get everything right immediately. (Fortunately, I’ve hardly got involved in those troubles for years, though.)

At any rate, I think it’s very important for you to become conscious enough of any potential issues surrounded by your project BEFORE focusing on your actual role. You are not just a composer or a music provider but also a team member who is in the same boat which moves forward to the same goal.

Next time I will elaborate on how I’ve been working on “How to Find What to Solve” by using specific examples.

Do you know Kaneto Shindo, one of the most brilliant Japanese film directors? Sadly he died last week, and it...