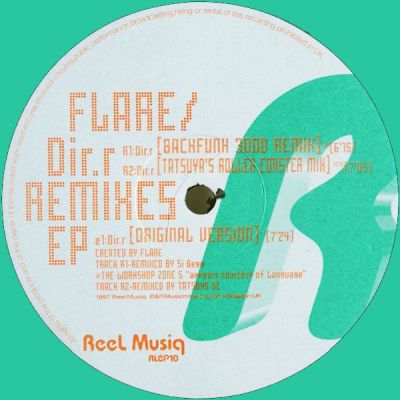 Ken (Ishii), who had already been known as a Japanese “Techno God” and my long-term friend as well, invited me to remix his track produced under the moniker of Flare. It was a great honor for me, who was still a fledgling musician, to cook his music. “Roller Coaster” was the name of the party which I would organize at Maniac Love, a nightclub which was located in Aoyama, Tokyo. I remember playing this remix at “Rainbow 2000 Hakusan,” one of the early big techno festivals held one week later of the release in Japan.