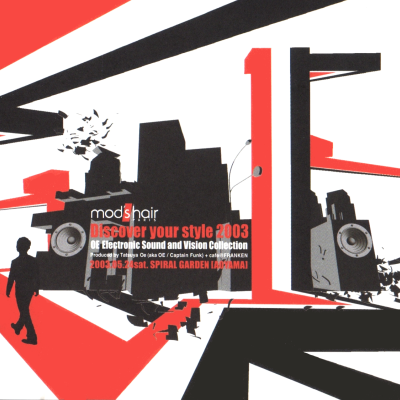 This enhanced CD was created in promotion of the event “Discover your style 2003 – OE Electronic Sound and Vision Collection,” which was sponsored by mod’s hair and held at Spiral Garden Aoyama. The lineup included Buffalo Daughter, NUMB, 66b/cell, and Oe who had joined as a co-producer of this event with cafe@FRANKEN.

What made this event differ from other music events was it consisted of not only live music performances by the artists but also interactive sessions (called “creative sessions”) where the audience could participate and communicate with the performers on the stage through some devices such as balloons and screens.