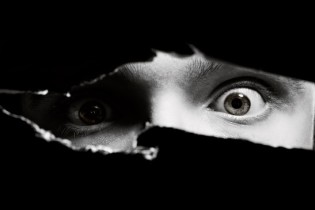 Do you know Kaneto Shindo, one of the most brilliant Japanese film directors? Sadly he died last week, and it was just when I was supposed to introduce his film “Onibaba” on this blog. This legendary work was not only a masterpiece as a movie but also remarkable in terms of effective use of music, which was composed by Hikaru Hayashi (he also died this year, unfortunately).

Mr. Hayashi was famous for his prolific and versatile work, in addition to collaboration with Mr. Shindo. His roots were classical music, and he left many excellent orchestral, choral, and even opera pieces in that area. But also he was very keen in scoring music for films, especially in his elements in human-dramatic soundtracks, as heard in “Koi no Natsu,” “Akitsu Onsen,” “Hadaka No Shima,” etc. It may be difficult to buy these soundtracks in your country (unless you live in Japan), but you’ll be able to find several masterpieces on Youtube.

The music of “Onibaba” is Mr. Hayashi’s most edgy (in modern parlance) and experimental work, in my opinion. So is the movie itself. It is shockingly creepy and would capture (or even exhaust) you with obsessive feelings. However, it is not just a horror flick or a hideous folk tale of taboos, but a human drama which suggests psychologically negative aspects and feelings that human beings originally (and eternally) have inside, such as jealousy, desire, and covetousness.

In fact, there are a lot of excellent traditional Japanese movies which went into depth and tried to depict such dark sides of human instinct, not to mention examples of Kurosawa’s or Masaki Kobayashi‘s. And it is natural that these directors demanded music which equivalently reflects its deepness and complexity, not in a blatant way but in an allusive or an imaginative way. You could call their expressions even “metaphysical.” Still, they are careful about articulating their stories as well. They would never indulge themselves in just “abstract films” which don’t take you anywhere. Momentarily, their expressions may look abstract, but as a whole, there exist stories which are so tightly constructed with clear themes that you are unlikely to get lost on the way. The combination of subdued ways of visual & sound expression and techniques of dramatic story-building made traditional Japanese movies and their soundtracks unique, I think.

There is a proverb that “Iwanu Ga Hana” (“The less said, the better”) in Japan. Aside from whether I personally like this word or not (honestly I don’t, haha), we Japanese have been ingrained with this kind of modesty and appreciated it, not only in a daily social life but also in a creative world. Sometimes this tendency could make it difficult to communicate with Japanese as they come off as vague or even weird, but sometimes it works (at least I believe so), especially when it comes to time-based art such as filmmaking and music composition. That is because, as mentioned above, accomplished film directors and music composers clearly have a unique but effective methodology of story-building.

As this has been one of my strong interests in traditional Japanese art form including film soundtracks, hopefully, I will continue these kinds of topics. Lastly, I’d like to introduce Toru Takemitsu‘s “Harakiri” (director Masaki Kobayashi). While it sounds scary as well as “Onibaba,” this soundtrack reaches the height of Japanese “silent” art form. Also, you will be amazed at how Mr. Kobayashi built the story dramatically through the movie.

How to Reach Out to Japanese Music Publishers: Music Business Conferences & Resources
Japan

I decided to post my blog in English in addition to my Japanese blog called "Findings," which has been active...