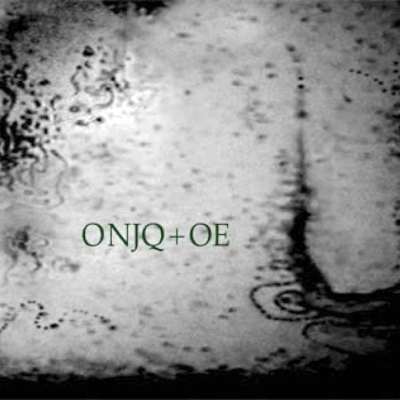 Regarding this release, Mr. Otomo and I spent enough time discussing its concept and how to proceed with the project before the recording. We meticulously chose sound materials I had prepared and went on to building several sequences so that we could play them with the band as “basic tracks” at the studio. We recorded all the performances of the group and the solo. After that, Mr. Otomo and I further chose and edited the recordings carefully to mix them down into M1 and 2.

I used the word “density” for the titles because it was my favorite word at that time to describe some concentrated status of time and space. While the title of M1 connotes how our two different types of creations (i.e., organic performances and electronic sounds & processing) are incorporated into one music, that of M2 depicts how we caught the tension of the performances and reconstructed the sonic space to create one seamless musical story.

I believe we can even regard silence and void where there’s no sound as “dense” as long as it includes a performer/composer’s will or emotion. By stripping down as many audio elements as possible, we hoped you would find another density of the time lapse and enjoy the ebb and flow of the emotion you felt from the performances which were unpredictable but not trackless at all.